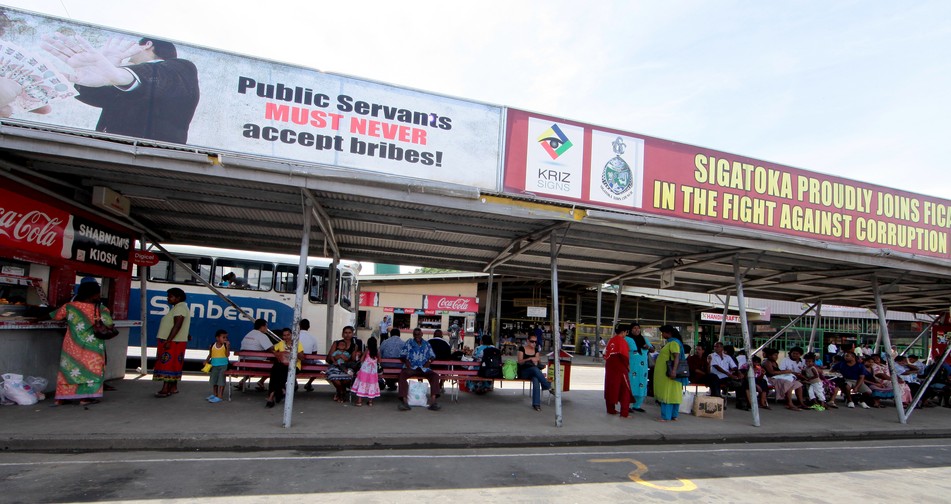 Sigatoka is a town in Fiji. It is found on the island of Viti Levu and is situated at the mouth of the Sigatoka River, after which it is named, some 61 kilometers from Nadi. In Fiji's last census (2007) the population of Sigatoka was at 9622. Sigatoka is the principal urban centre for the province of Nadroga-Navosa.

An ornate temple, open to public and built by Hare Krishna devotees, dominates the Sigatoka skyline. Major tourist attractions include the Sigatoka Sand Dunes near Kulukulu village two kilometers north-west of Sigatoka, and the Kula Eco Park, which houses some 500 birds of 100 species from many tropical countries. The town is also the principal centre for Fiji's coastal tourism belt — the Coral Coast — which hosts many of the country's leading hotels and resorts.