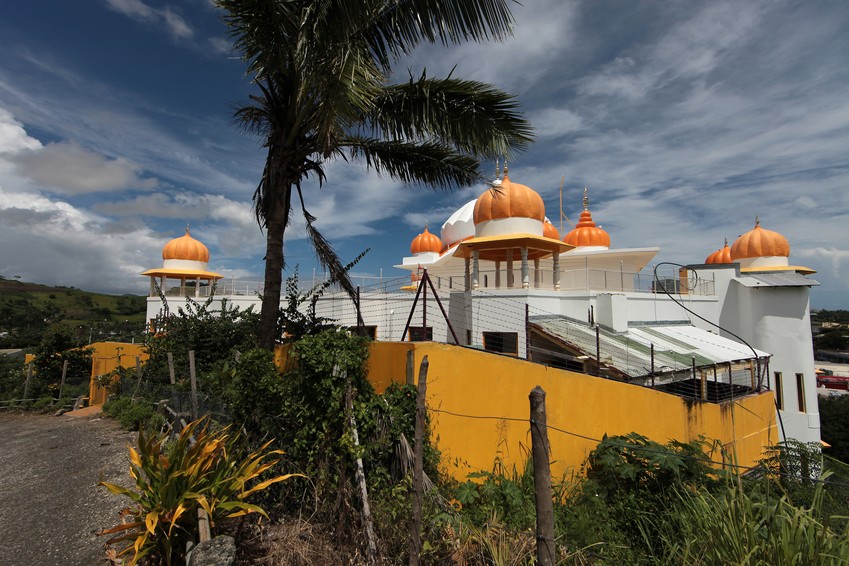 Sri Sri Radha Damodar Mandir is an ancient temple established by Madhav Gaudiya Sampradaya. It was established by Srila Jiva Goswami in the year 1542 C.E. The deities here were served by Srila Jiva Goswami. Sri Radha Damodar deities were manifested by Srila Rupa Goswami, who gave them to his dear disciple and nephew-Jiva Goswami for service and worship. Later due to the terror of the muslim king Aurengzeb, Sri Radha Damodar were sifted to Jaipur for sometime and when the social conditions became favorable were brought back to Sri Dham Vrindavan in the year 1739 C.E. These deities have been served here since then. In Jaipur however a counterpart (pratibhu) of the deity was installed.

In 1670, when the Muslim fanatic Aurangazeb invaded Sri Vrndavana, he planned to destroy many temples and deface the Deities there. For this reason the principle Deities of Vraja were moved to the safe confines of the city of Jaipur in Rajasthan under the auspices of the Rajput kings. Most of the Deities remained there, such as Govindadeva, Gopinatha and Madana-mohana.

The Radhadamodar Deities however returned to Vrndavana and have been worshipped there ever since. The Deities that replaced the originals in the temples of Govinda, Gopinatha and Madana-mohana are known as pratibhu-murtis which were installed and worshipped as substitute Deities by the Goswamis of those temples. All pratibhu-murtis are smaller in size than the original Deities installed by the acaryas, but it is worth noting that the Deity of Damodarji in Jaipur is smaller than the Deity in Vrndavana, thus further confirming that the original Deity of Sri Damodarji is in Vrndavana, whereas the pratibhu-murti is being worshipped in Jaipur today.

Before Sri Jiva's disappearance in 1596, he left his Deities and library in the care of his successor Sri Krishna Dasa, the head pujari. The present sevaites are directly coming in line from his descendants.