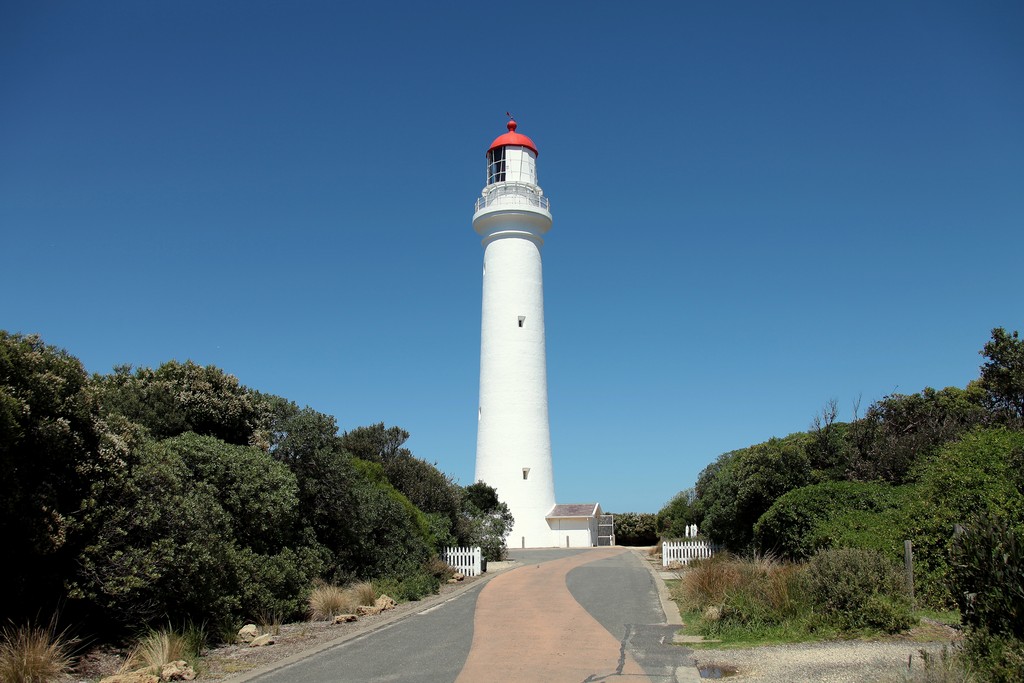 Split Point Lighthouse is a lighthouse located in Aireys Inlet, a small town on the Great Ocean Road, Victoria, Australia.

History
Originally called Eagles Nest Point, the lighthouse was constructed in 1891. It was converted to automatic operation in 1919.
The original British-made first order Fresnel lens is still in use. However, the factory in Birmingham, where the lens was built, was bombed during war-time and the essential formula for making the unique lens crystal were lost, should a replacement ever be needed.
A Japanese firm, consulted by the Australian Maritime Safety Authority, estimated the cost of replacing the lens at more than A$1 million.
Under standard Australian lighthouse convention, red filters would usually be placed to the extreme left and right of the beam (indicating "danger zones" for a passing ship, in-line with the jagged coastline). For reasons unknown, the Split Point Lighthouse operated for many years under the opposite system; although this has now been corrected. Split point lighthouse has 132 stairs from bottom to top and is 34 metres tall.
Since summer 2005, the Split Point Lighthouse has been offering regular 30 minute guided tours, during which visitors have the chance to climb the original staircase and experience the view from the balcony just below the lantern room. Tours had been available for much of the 1990s, but on only a few days per year.
The top of the lighthouse is also now used as a mobile phone base station, making it dangerous to enter the lantern room (or any area above) whilst it is in operation, due to possible exposure to RF radiation.
The original lighthouse keeper's quarters, a detached house adjacent to the site, is now a privately owned residence.