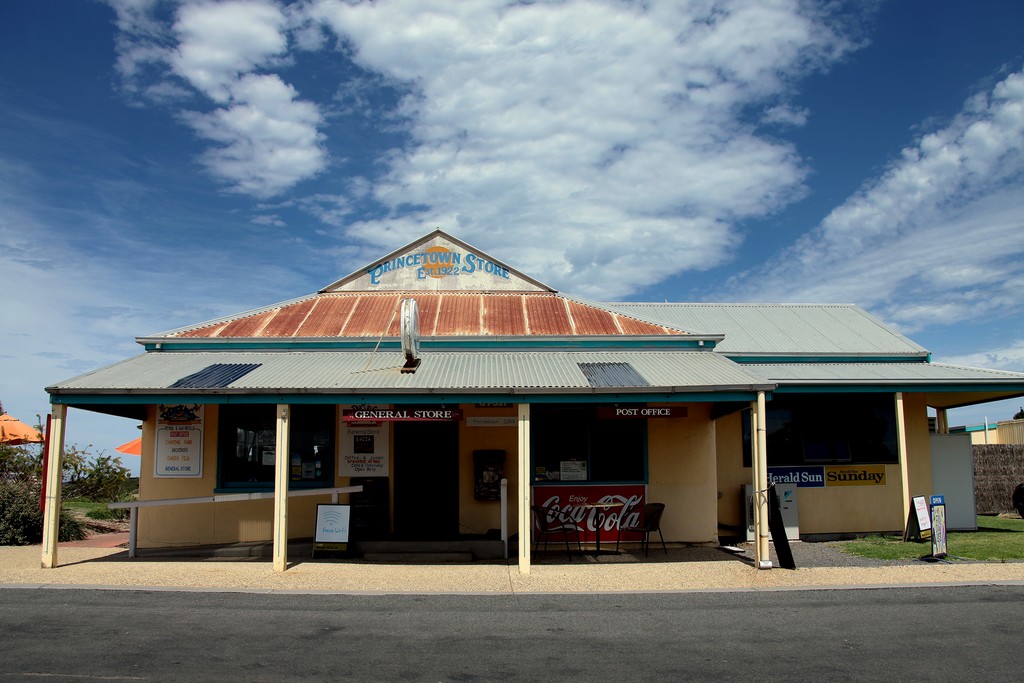 Princetown is a coastal village in Victoria, Australia, located on the Great Ocean Road, east of the Twelve Apostles, in the Corangamite Shire.

General
Princetown is a small coastal village 14 kilometres (8.7 mi) east of Port Campbell in Victoria, Australia - located on the Great Ocean Road. It hosts a pub which doubles as a general store, a post office and some accommodation options. The hamlet provides access to beaches and the mouth of the Gellibrand River. At the 2006 census, Princetown district had a population of 459.

Attractions
A river estuary and wetlands is adjacent to the township, with reed beds on the western branch of the estuary containing significant bird and plant life. Princetown is bounded on two sides by national parks, with the Port Campbell National Park extending north-westerly and the Great Otway National Park to the south-east.
The Twelve Apostles rock formations are six kilometres to the west of Princetown, with the Gibson Steps also nearby. The Loch Ard Gorge is just past the Twelve Apostles, towards Port Campbell. In the other direction is Maits Rest Rainforest Walk.