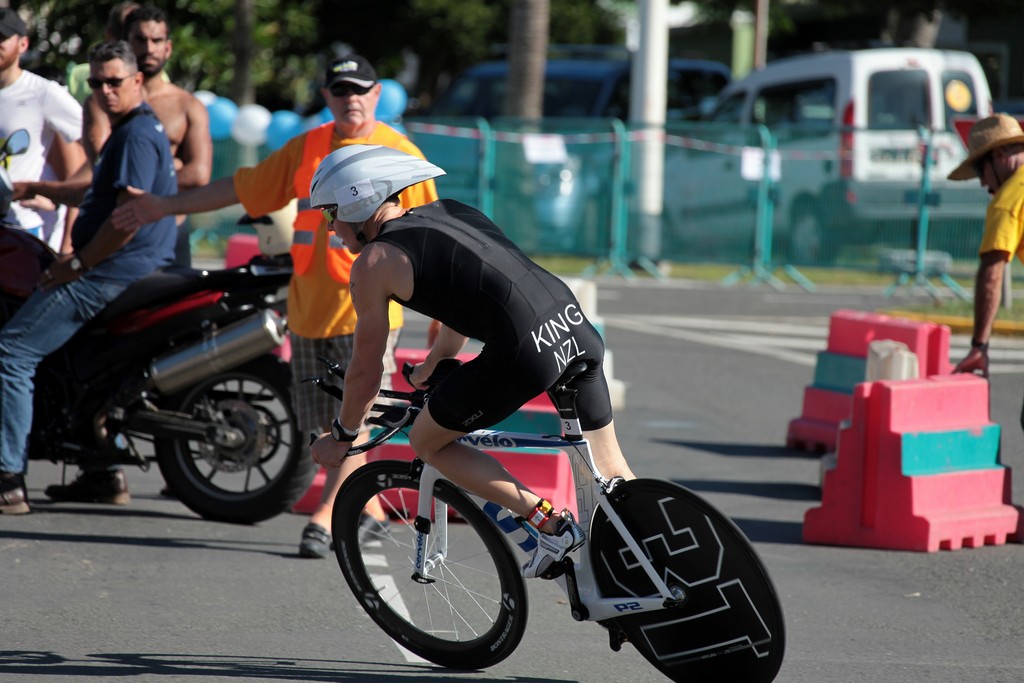 Ce triathlète Néo-Zélandais de la catégorie élite homme finira le triathlon International de Nouméa - 2016 - Nouvelle-Calédonie en sixième position en 1 h 59 mn 50 s et 039".
- 1.5 Km de Natation - Transition 1 (natation / vélo) : 21 mn 27 s 83"
- 40 Km de Vélo - Transition 2 (vélo/course à pied) : 1 h 22 mn 19 s et 397"
- 10 Km de Course à Pied.
------------------------------------------
I was born and raised in Hamilton, New Zealand where I attended swimming lessons from a young age and continued swimming competitively throughout my teenage years. Eventually I qualified for the New Zealand Swimming Nationals, competing in the Breaststroke finals. Also I competed in the Weetbix Triathlon throughout my childhood, an event which I very much enjoyed.
In 2008 I began working as a Postie for New Zealand Post and quickly developed a passion for cycling. I decided to compete in my first major triathlon in December 2013 when a friend suggested completing the challenge together. From here I was hooked!
During the 2013-2014 season I made quick progress and went on to win my age group at the New Zealand Oceania Sprint Triathlon Championship in Kinloch, NZ. This achievement resulted in being selected to represent New Zealand in Edmonton, Canada at the Age Group Sprint Triathlon World ITU Grand Final where I placed 5th.
In the 2014-2015 triathlon season I continued to advance within the sport winning multiple age group titles throughout New Zealand, including the New Zealand Oceania Sprint Triathlon Championship in Kinloch for the second year in a row, and 1st at the Age Group Sprint Triathlon Auckland ITU World Champs.
In July 2015 I decided to go full-time as a triathlete to focus all my time and energy on continuing to improve in triathlon. I am aspiring to become a professional triathlete, aiming to compete at an elite level, representing New Zealand at International competitions.
Since pursuing triathlon fulltime I have excelled as a triathlete, celebrating much success by winning the South Island Standard Distance Championships and placing 2nd at the National Standard Distance Championships. I look forward to competing at the ITU Grand Final Triathlon in Cozumel, Mexico.