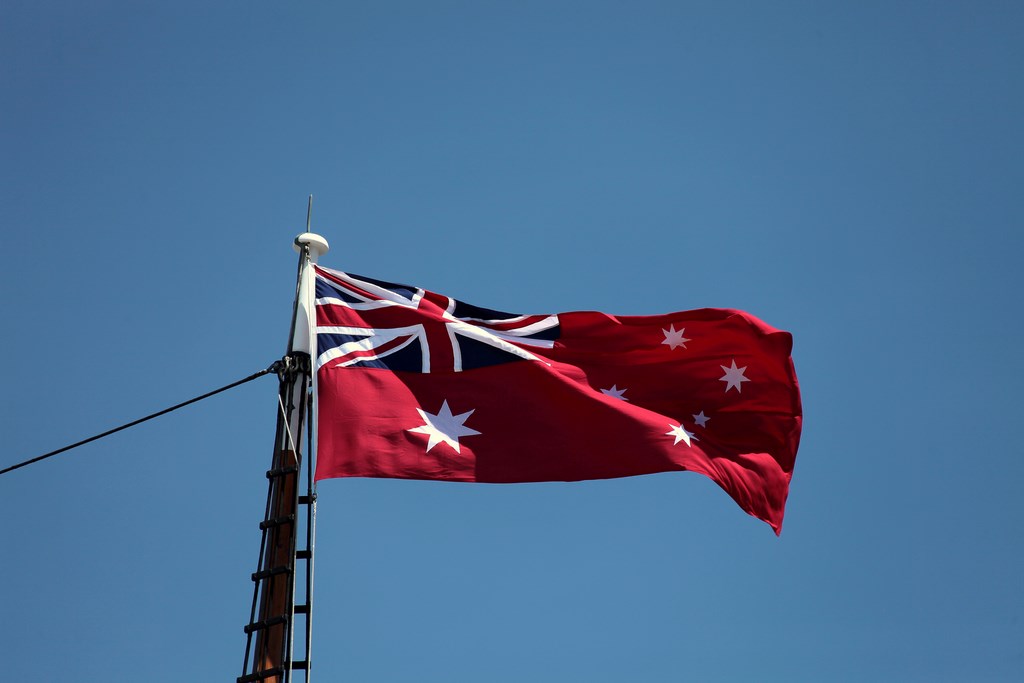 Name: Australian Red Ensign.
Design: A Red Ensign with the Commonwealth/Federation Star at the hoist, and the Southern Cross in the fly half.

The Red Ensign was the only flag private citizens could fly on land. Technically, private non-commercial vessels were liable to a substantial fine if they did not fly the British Red Ensign. However, an Admiralty Warrant was issued on 5 December 1938, authorising these vessels to fly the Australian Red Ensign. The Shipping Registration Act 1981 reaffirmed that the Australian Red Ensign was the proper "colours" for commercial ships over 24 metres (79 ft) in tonnage length.
Since 3 September was also declared as Merchant Navy Day in 2008, the red ensign has made a limited return to land, being able to be flown alongside the Australian national flag on this occasion as a matter of protocol.