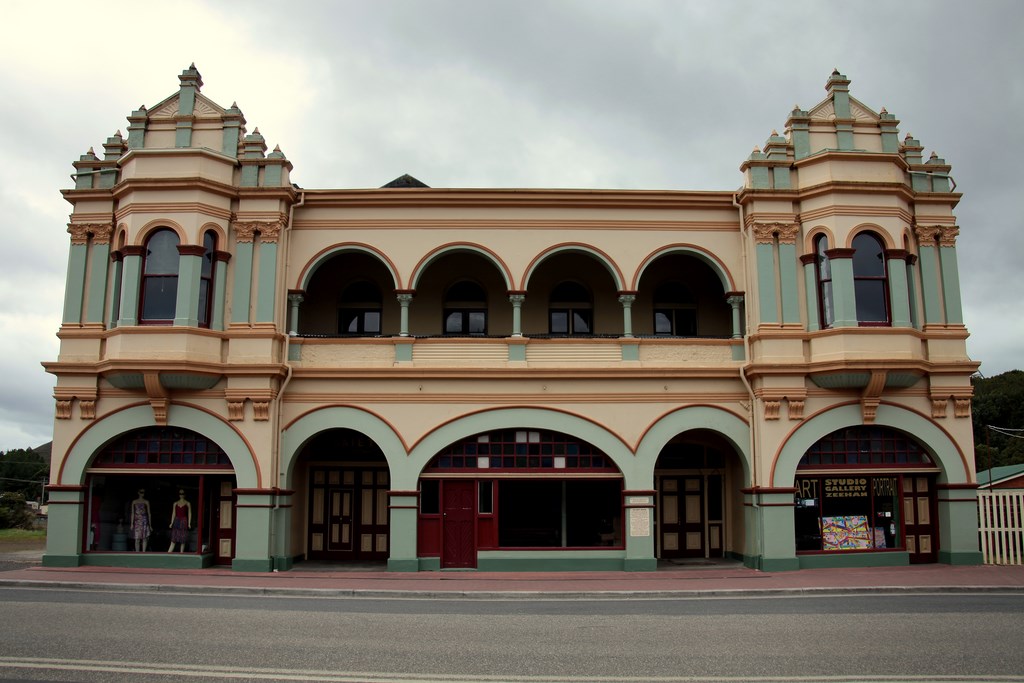 Zeehan is a town on the west coast of Tasmania, Australia 139 kilometres (86 mi) south-west of Burnie. At the 2016 census, Zeehan had a population of 1.116. It is part of the Municipality of West Coast. The town was named after the nearby Mount Zeehan which had been named by George Bass and Matthew Flinders after Abel Tasman's Fluyt Zeehaen.

History
The region has one of the oldest histories of any part of Tasmania, when Abel Tasman sighted this part of the state in 1642. An early port for Zeehan was Trial Harbour but it was very precarious in its location on Ocean Beach and was overtaken by Strahan. Zeehan was established as a mining field, then as a town after the Zeehan-Dundas silver-lead deposits were found in 1882 by Frank Long. Mount Zeehan Post Office opened on 1 August 1888 and was renamed Zeehan in 1890. The peak period for mining was up to the First World War,though lead mining continued on up to 1963 at mines such as the Montana and Oceana. The population of Zeehan-Dundas peaked at 10,000 about 1910, over ten times the current population. It was clearly in competition with the town further south, Queenstown, and while the silver boom lasted it was known as the Silver City. In the first decade of the twentieth century it was on a par with Launceston and Hobart for size. With a main street over two miles long (3.2 km); it also claimed over 20 hotels. In the 1970s it saw increased activity due to operations at the nearby Renison Bell Tin mine, and again in the 1990s.

Railways
Zeehan was an important railway location—the end of the Emu Bay Railway, and the beginning of the government-owned Strahan-Zeehan Railway service that connected to Strahan and Regatta Point, where the Mount Lyell Railway connected to Queenstown. Also at early stages of the town's history, a series of timber trams spread out from Zeehan towards the Pieman River as well as a number of other locations. Some of the smaller railway operations east of Zeehan were unique. One had the honour of having the first Garratt steam engine designed and built for its operations. After the government rail connection between Zeehan and Strahan closed, the Mount Lyell Company trucked its copper ore to the Emu Bay Railway terminus at Melba Flats, a few kilometres east of Zeehan.