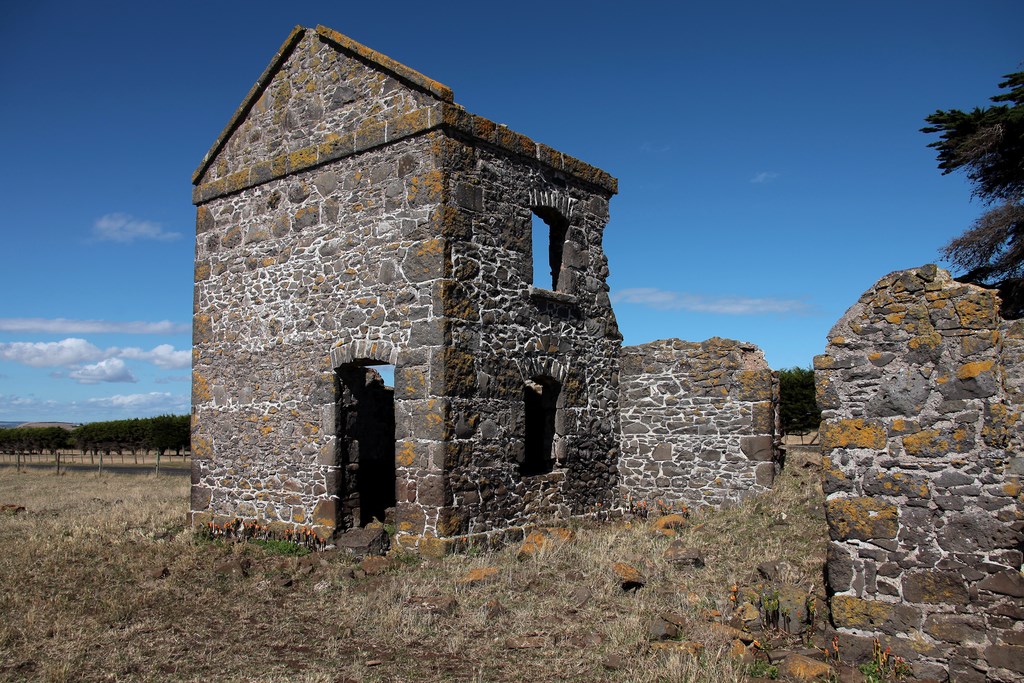 Built in 1834 and occupied from 1836. There were 41 convicts assigned to the Van Diemen’s Land Company to help establish Higfield. A number wich rose 73 before convict transportation ceased in 1853.

History
In 1825, the Van Diemen’s Land Company (formed in England) was granted the rights by Royal Charter, under King George IV, to a huge tract of unsettled land, beyond the ramparts of the unknown. The company was to breed fine wool on a large scale for England. Circular Head was ultimately chosen as the centre of operations. Stud livestock, implements, craftsmen and indentured labourers from England (along with convicts assigned from Hobart) arrived in October 1826.

Under Edward Curr as chief agent, the Company explored, surveyed and developed the northwest. They laid the foundations of centres such as Burnie (named after a Company Director – William Burnie).

The Company met with fluctuating fortunes due to low market prices. Tenancy schemes and land sales were tried, until the majority of its land holdings were sold off. The Company is now confined mainly to its ‘Woolnorth’ property, west of Smithton.

The house
The construction of the present ‘Highfield’, thought to be designed by Henry Hellyer for Edward Curr as his new home, commenced in May 1832. Later additions to Highfield were designed by John Lee Archer, an important Tasmanian colonial architect, and built during 1844 – 1845.
Convict barracks, barns, stables, chapel and large ornamental gardens were features of the estate.

In mid 1853, the future of Highfield as the home of the chief agent was reassessed and after repair work in 1856, it was privately leased the following year. The property was purchased in 1914 by the Ford Family.

Restoration
Restoration plans are now being finalised. The Parks and Wildlife Service will continue the restoration of the site as funds become available.
The restoration of stables and farm yards was undertaken during 1987, being generously financed as a special Circular Head Bicentennial Community Project. Restoration works then centred on the main house and its immediate environment. Other works included waterproofing and stabilising various outbuildings and making these buildings available for public inspection.
Current conservation works aim at restoring the main house and gardens in order to recapture some of its past glory and its rightful place in northwest history.
Although much remains to be done we trust that you will thoroughly enjoy your visit to Highfield Historic Site.