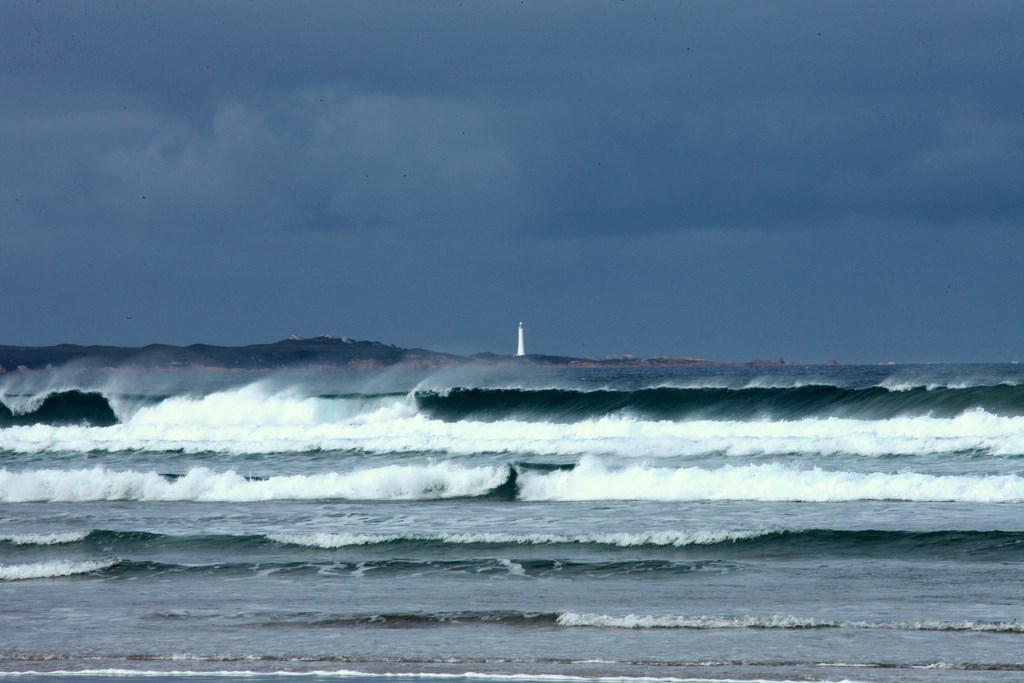 The Cape Sorell Lighthouse is a heritage-listed lighthouse that is located on Cape Sorell in the West Coast region of Tasmania, Australia. The lighthouse is situated approximately 12 kilometres (7.5 mi) southwest of Strahan.

Constructed and first lit in 1899, the 40-metre-high (130 ft) lighthouse is the only structure remaining from a brick complex of tower, three houses and engine room, except for the foundation remnants of the three keepers' residences.

Initially fed by vapourised kerosene, the station was automated in 1971 and in 1998, the light was converted to solar power.