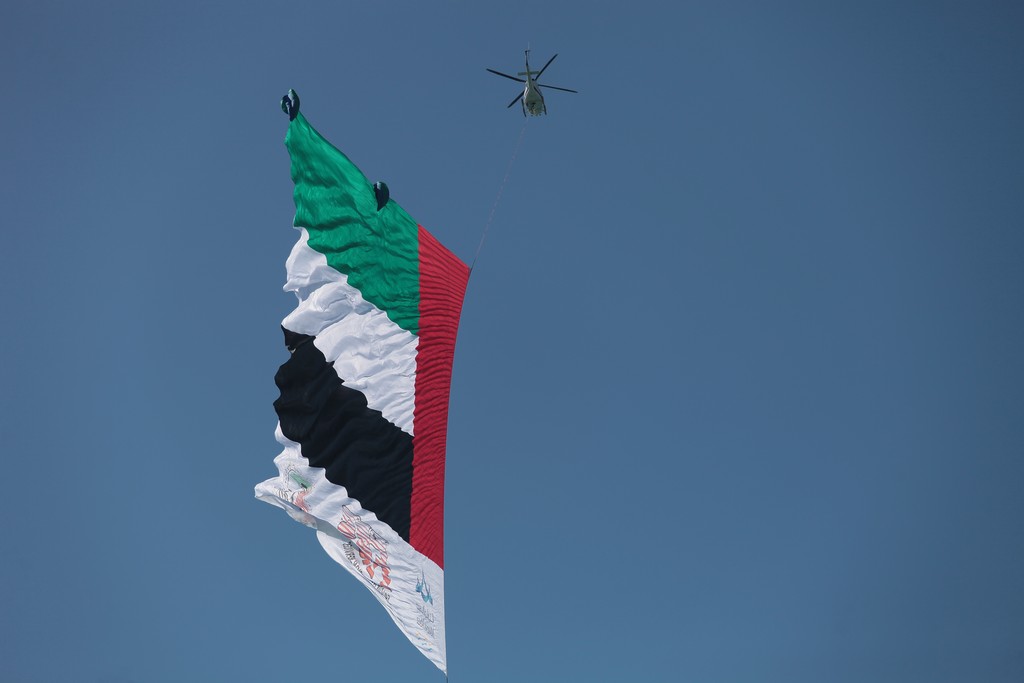 The banner, featuring the United Arab Emirates national flag, flew above the Abu Dhabi Corniche. It measured more than 50,000 square feet (4,600 square meters) and was visible up to 12 miles (20 kilometers) away, ensuring the entire city of Abu Dhabi could witness the flight. The FAS banner was the vision of His Highness Dr. Sheikh Sultan bin Khalifa Al-Nahyan, President of the United Arab Emirates and founder of Falcon Aviation Services.

The Bell 412 helicopter is known as a true workhorse, both rugged and reliable; towing the world’s largest aerial banner is one example of the dozens of missions that the Bell 412 performs around the world, due to its outstanding power and payload carrying capability.