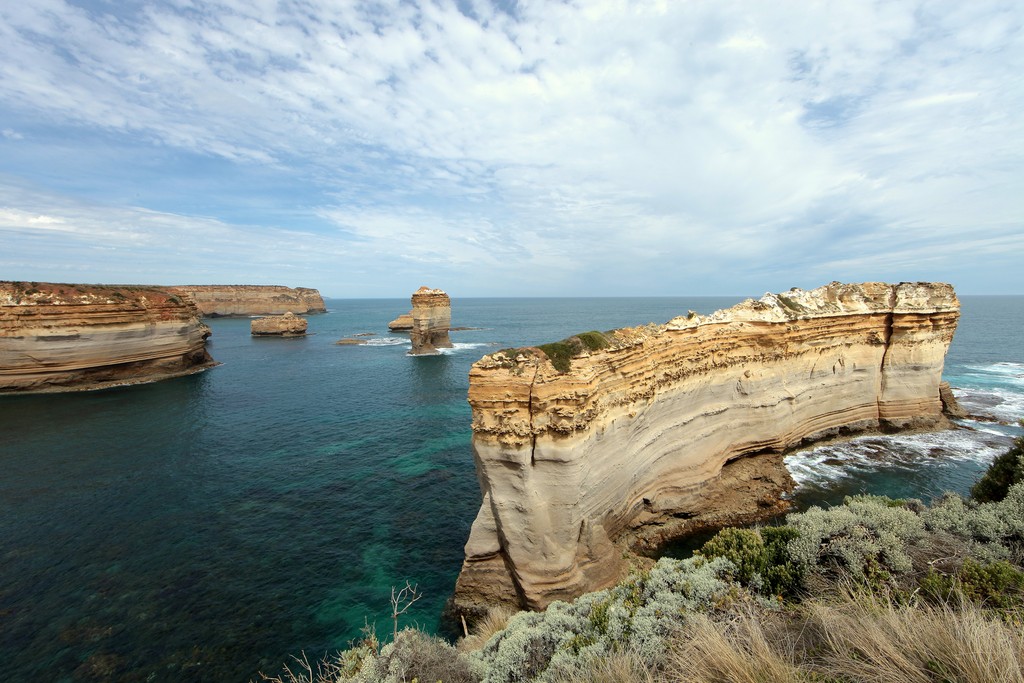 Constant wave action, salt laden wind and changing temperature continue to carve this magnificent sculptured coast.
This rock stack is called "the Razorback". The sharp edges and bumps along its back are caused by wind-blown spray, which hardens small areas of rock. The softer rock around these erodes away, leaving an uneven surface.
Wave energy channelled along the side of the stack carves the deep smooth grooves just above sea level. With one wave every 14 seconds, there's a lot of erosion over a year, a century or a thousand years!
The Razorback once extended much further out to sea. The force of the waves gradually eroded and undercut the base of the stack. Vertical cracks in the rock were widened by rainwater, forming a line of weakness. Huge blocks of rock then collapsed into the sea, leaving the rock shelf you can see today.