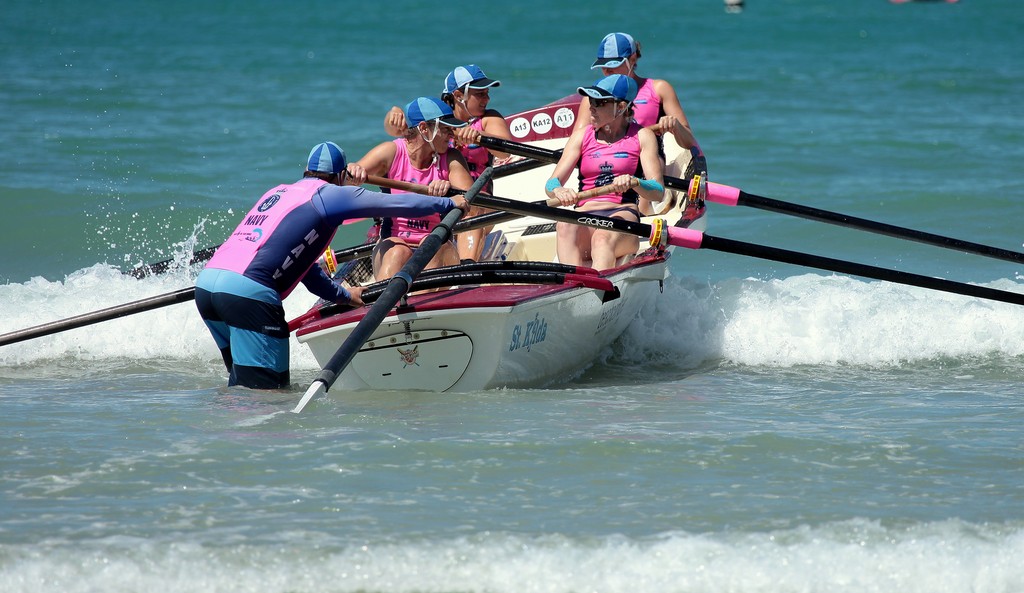 In surf lifesaving, long boats, called surf boats, while no longer used for rescues, remain one of the most popular events at surf lifesaving carnivals. The boats weigh between 180 and 250 kilograms and are crewed by four rowers and a sweep.

Positions
The positions in the boat are as follows:
Bow (1) - the position nearest the bow (front) of the boat. Often regarded as the most dangerous of the positions.
Second Bow (2) - the next nearest the bow, their oar is on the opposite side to the bow rower's and these two rowers comprise the bow pair.
Second Stroke (3) - the next seat away from the bow and probably the seat closest to the centre of the boat, their main role is to stabilise the boat. Their oar is on the same side of the boat as the bow rower.
Stroke (4) - the seat closest to the stern (back) of the boat and the rower responsible for setting the speed and timing of the crew's rowing stroke. They combine with Second Stroke to make up the stern pair and their oar is on the same side as that of Second Bow.
Sweep - the person (usually man) in charge of steering the boat and, as they're the only one who can see what's ahead, they generally call the shots on the water. They also frequently double as the crew's coach.

Racing
The boats race by rowing out to a marker buoy placed several hundred metres offshore, turning around it and returning to shore as quickly as possible. Boats work to avoid crashing through waves on the way out as they seriously slow progress, but aim to catch a wave as early as possible on the way back as this is the fastest method of travel for a boat. The surf factor is where things get interesting as boats slew sideways, roll, crash into each other, have sweeps and rowers thrown into the water - generally creating an exciting spectacle for spectators.