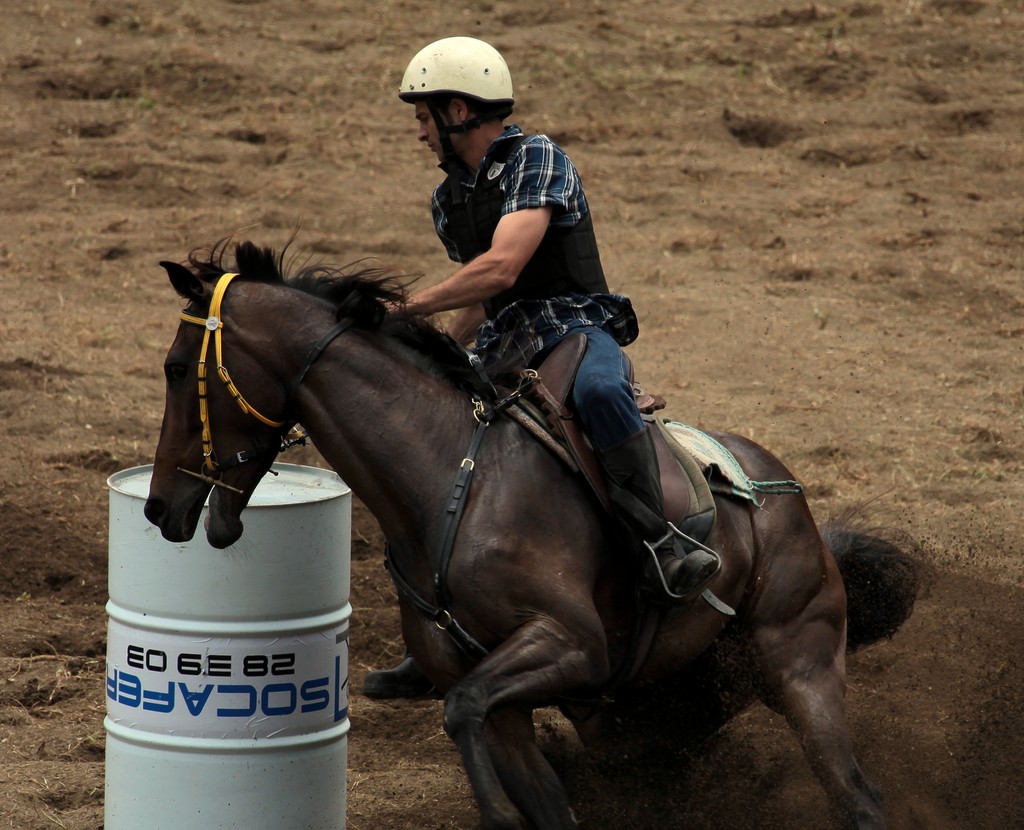 Rules
In Barrel Racing, the fastest time will win. It is not judged under any subjective points of view, only the clock. Barrel Racers in competition at the professional level must pay attention to detail while maneuvering at high speeds. Precise control is required to win. Running past a barrel and off the pattern will result in a "no time" score and disqualification. If a barrel racer or her horse hits a barrel and knocks it over there is a time penalty of five seconds, which usually will result in a time too slow to win. There is a sixty second time limit to complete the course after time begins. Contestants cannot be required to start a run from an off-center alleyway, but contestants are not allowed to enter the arena and "set" the horse. It is required that the arena is "worked" after twelve contestants have run and before slack. Barrels are required to be fifty-five gallons, metal, enclosed at both ends, and be at least two colors. Competitors in the National Barrel Racing Association (NBRA) are required to wear a western long-sleeved shirt (tucked in), western cut pants or jeans, western hat, and boots. Competitors are required to abide by this dress code beginning one hour before the competition and lasting until after slack.