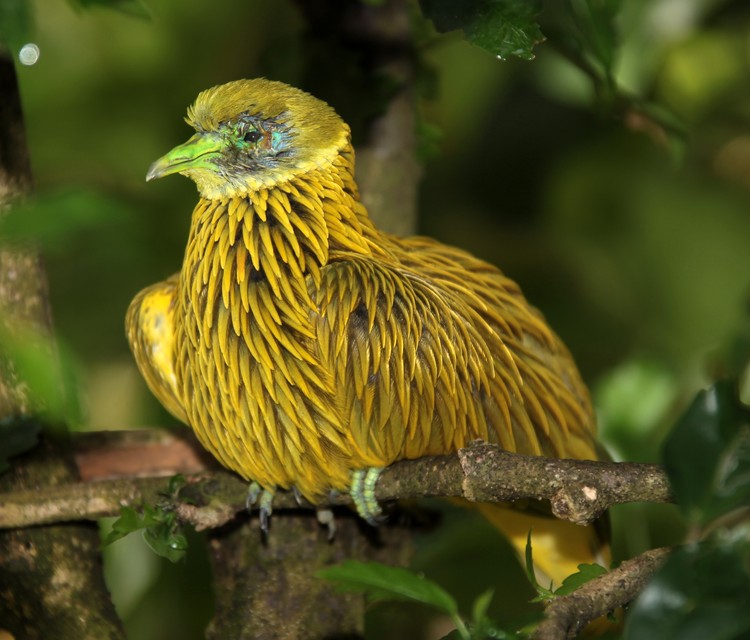 The Golden Fruit Dove (Ptilinopus luteovirens), also known as the Lemon Dove or Yellow Dove, is a small, approximately 20 cm (8 in) long, short-tailed fruit-dove in the family Columbidae. The common name refers to the males' bright golden-yellow colour. The body feathers appear almost iridescent due to their elongated shape and hair-like texture. The head is slightly duller with a greenish tinge. The bill, orbital skin and legs are bluish-green and the iris is whitish. The underwings and tail coverts are yellow. The female is a dark green bird with bare parts resembling those of the male. The young resembles female.

The Golden Fruit Dove is closely related to the Whistling Fruit Dove and Orange Fruit Dove. These species are allopatric, meaning they do not share the same habitat in any location.

A common species throughout its limited range, the Golden Fruit Dove is evaluated as Least Concern on the IUCN Red List of Threatened Species.