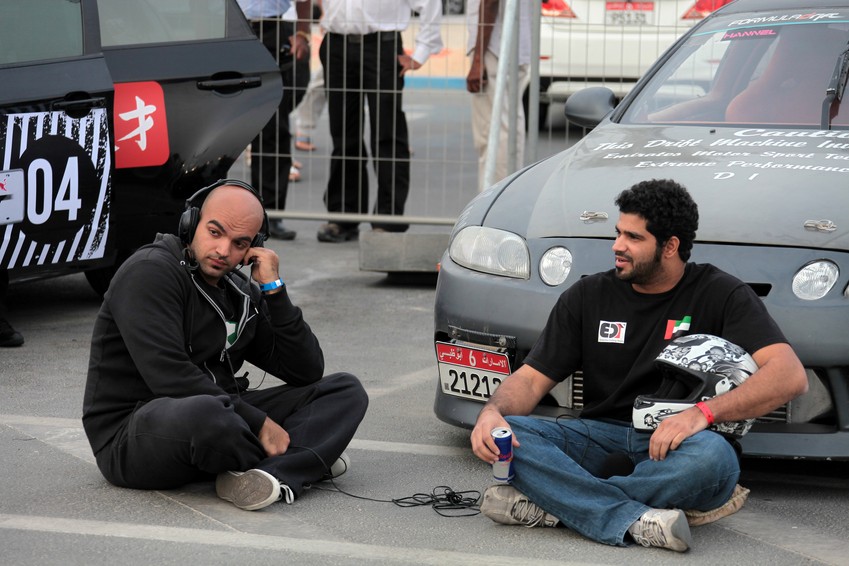 Hundreds of motorsports fans in the Emirati capital gathered in Abu Dhabi on Friday to witness exceptional drifting skills and exhilarating performances on display during the UAE's Red Bull Car Park Drift local Qualifier. A heated battle between some of the best local driving talents culminated in crowning Ahmed Al Amiri King of Drift for the 2nd consecutive year, adding him to the representatives' line up for the final competition in Beirut, which promises to deliver an intense face-off for the win of the regional title.

Sponsored by Chevrolet and with the support of Ministry of Interior, Abu Dhabi Sports Council and Emirates Motor Sports Federation, the second Stop of the regional qualifier, after Kuwait, witnessed a rat race between the contestants, with Ahmed Al Amiri sweeping the lead title after presenting a flawless performance to the judges and in front of a massive audience. Following his crowning, Ahmed Al Amiri said: “I am absolutely thrilled by this win and hope to exceed today's performance and secure a podium in the Finale in Beirut. All preparations will start very shortly to make the best of this chance and compete on the regional title”.

The breathtaking drifting performances in this year's “Red Bull Car Park Drift” Abu Dhabi captivated the audience with some of the finest car drivers in the UAE showing their finest skills and techniques in an attempts to win the appreciation of the judges in their specially modified cars. Competitors would battle to enter turns in the most admirable and accurate ways, using hand breaks and individually developed drift style. The panel of judges including Rally and Race Champion Abdo Feghali, Captain Ahmed Bin Hadi from Abu Dhabi Police and Essa Saleh from the Emirates Motorsports Federations evaluated the drivers according to specific standards.

Abdo Feghali explained the technical standards on which the judges relied to make their final decision, saying that “the final score is based on 3 criteria; 70 percent allocated to the art of drift while the remaining score is equally divided between the engine's roar and tires' smoke, and the appearance of the car”. The Red Bull driver added : “This season, we are also stressing on a number of factors that might give penalty points to the drivers such as hitting the separators on the track, or getting away from the track or having the car turn around itself”. However, Feghali was undeniably impressed with the drivers' performance and the high level of the competition, which “clearly reflects the awareness that drifting has gained in the region”.

“It was such an exciting qualifier”, said Alberto Chahoud, Area Communications Manager for Red Bull. “We were impressed by the drastic development in the drifting skills as demonstrated by the participants who set the track ablaze. Special thanks go to the local authorities and the sponsors, mainly Chevrolet for their great contribution.”

This is the third year for the United Arab Emirates in the Red Bull Car Park Drift competition which was launched in Lebanon five years ago. Qualifier stops include, in addition to the season's opener in Kuwait, and Friday's UAE Qualifier, KSA, Oman, Jordan, Egypt, Iran, Bahrain and Lebanon, when the final competition will be hosted next July.

Saudi driver Saeed al Mouri won the regional championship title last year in Beirut, following exceptional performances and a frenzied fight between some of the best drivers in the region amidst the cheers of thousands of people gathered specifically for this event.