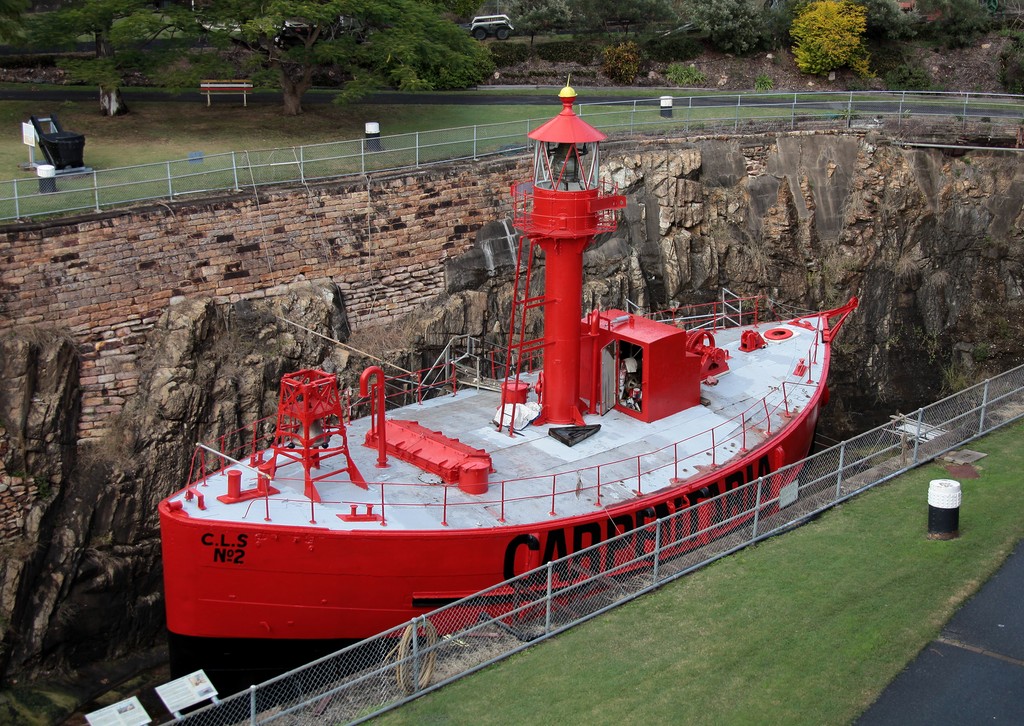 A lightvessel, or lightship, is a ship which acts as a lighthouse. They are used in waters that are too deep or otherwise unsuitable for lighthouse construction. Although there is some record of fire beacons placed on ships in Roman times, the first modern lightvessel was off the Nore sandbank at the mouth of the River Thames in England, placed there by its inventor Robert Hamblin in 1732. The type has become largely obsolete; some stations were replaced by lighthouses as the construction techniques for the latter advanced, while others were replaced by large automated buoys.

The Queensland Maritime Museum is located on the southern bank of the Brisbane River just south of the South Bank Parklands and Queensland Cultural Centre precinct of Brisbane, and close to the Goodwill Bridge.

The museum was founded in 1971 and contains a two level exhibition building presenting historic sailing ship models together with merchant shipping from early cargo ships to modern container ships, tankers and cruise liners. It is housed in the building used for the “Pavilion of Promise” at World Expo 88, and the South Brisbane Dry Dock which was built in the 1870s and was 313 feet (95 m) long and 60 feet (18 m) wide. In 1887 the dock was extended to 430 feet (131 m) due to the increasing size of vessels.

The museum also includes a library that stocks documents, pictures and other relevant artifacts relating to maritime history. There are several maps that show how early navigators created accurate charts.

Information is also provided about some of the 1,500 plus shipwrecks that have occurred along the Queensland coast including the Great Barrier Reef.