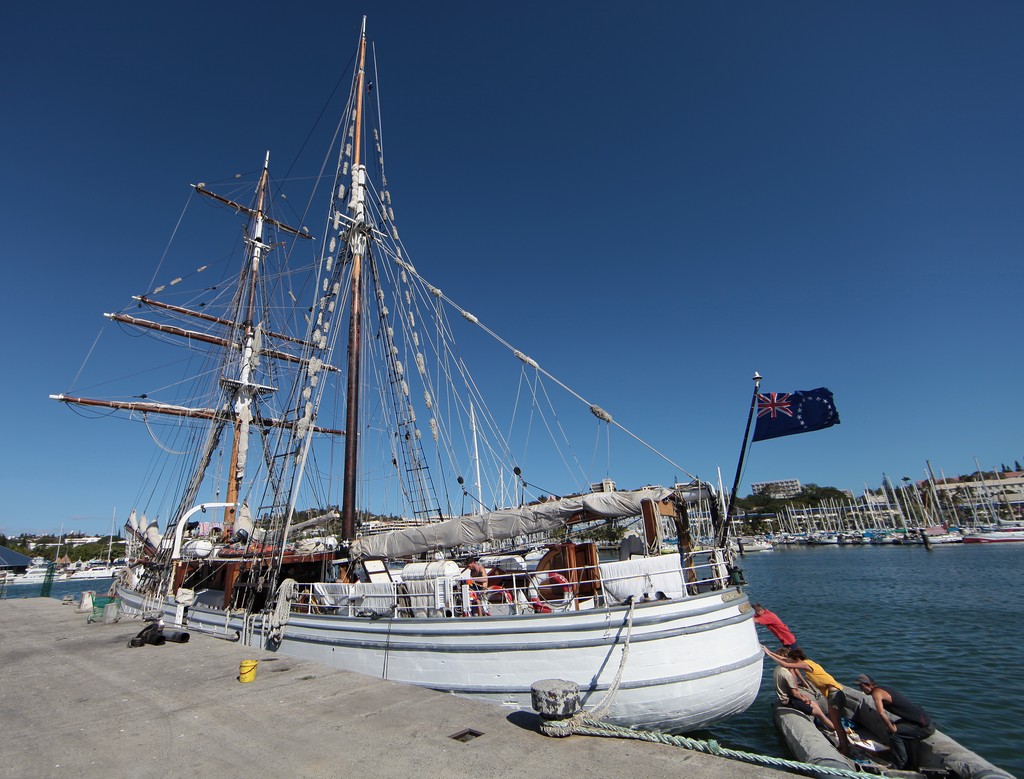 After 200,000 nautical miles of world-wide voyaging, Søren Larsen adopted the South Pacific as her ocean and Sydney Harbour, has become her new home. After completing a six year circumnavigation by way of the Cape of Good Hope, the Indian Ocean, Australia, Cape Horn and the Caribbean it was decided to return to the South Seas in 1994.

Nowhere else offered such exciting sailing through such a variety of unspoilt islands, romantic lagoons and isolated bays. An adventure voyage aboard Søren Larsen is first and foremost a holiday, where your enjoyment is of paramount importance. Participation in sailing the ship is central to that enjoyment. You will be signed as voyage crew and will become part of the ship's crew for your trip. However the level of involvement is up to you. The ship requires authentic seamanship to sail her yet she runs along fairly relaxed lines - a far cry from the regime of cadet and youth sail training vessels and Soren Larsen's level of comfort and facilities reflect this.

To visit this corner of the Pacific in a traditional square rigger offers a historical perspective that no other type of sailing can offer. To see Søren Larsen lying at anchor in a remote and deserted bay, with local villagers paddling out to greet us in outrigger canoes, recreates a scene straight out of an 18th century engraving of the early European voyages of exploration. For those interested in the voyages or Cook, Wallis and Bougainville we get a unique insight into an amazing period of discovery. With just 22 guest voyage crew onboard there is time and space for everyone to enjoy the magic and charm of the ship under sail. You can join this graceful ship as she explores the beautiful islands of Polynesia and Melanesia for a single voyage of two or three weeks - or link several trips and sail with her for a few months. The accompanying Voyage Notes will help you choose the sort of holiday that best suits you.