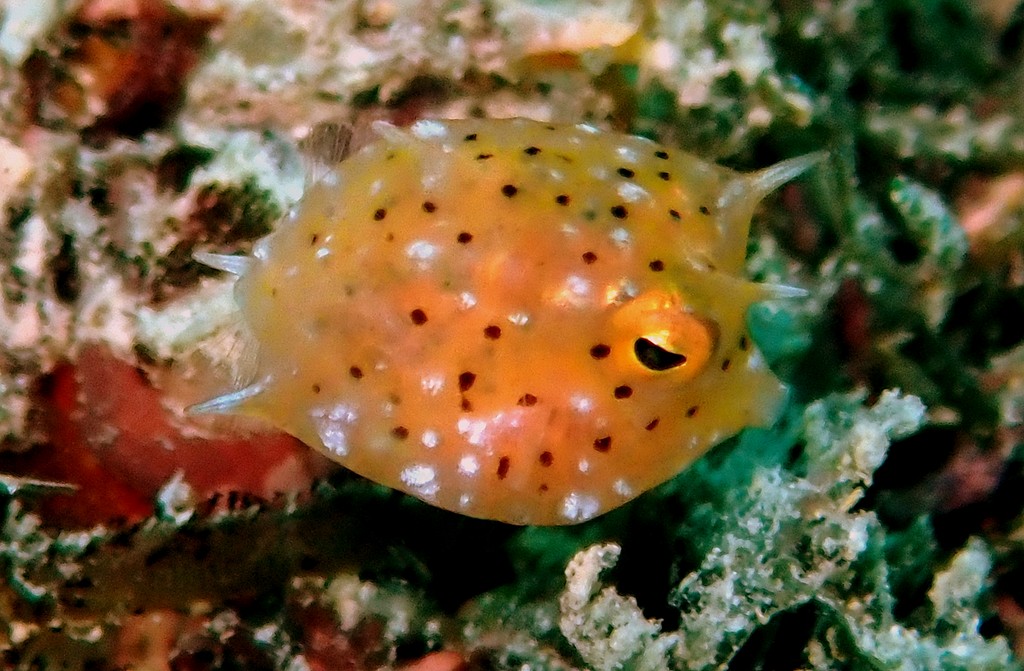 Etymology
Lactoria: from Latin, lactis = milk.
fornasini: named in honor of Cavaliere Carlo Antonio Fornasini (1802/1805–1865). He was an Italian ivory trader and amateur field naturalist who worked in Mozambique. He collected numerous specimens of animals, insects and plants, and presented them to the Academy of Sciences of the Institute of Bologna in his home city for scientific study. He is remembered for having had during his lifetime several taxa named in his honor.
Original description: Ostracion fornasini Bianconi, 1846 - Type locality: Mozambique, western Indian Ocean.

Biology
Inhabit clear outer lagoon and seaward reefs. Often in weed beds near reefs and in estuaries. Benthopelagic over rubble and sand. Solitary. Males are highly territorial. Boxfish have a toxin on their skin: ostracitoxin.