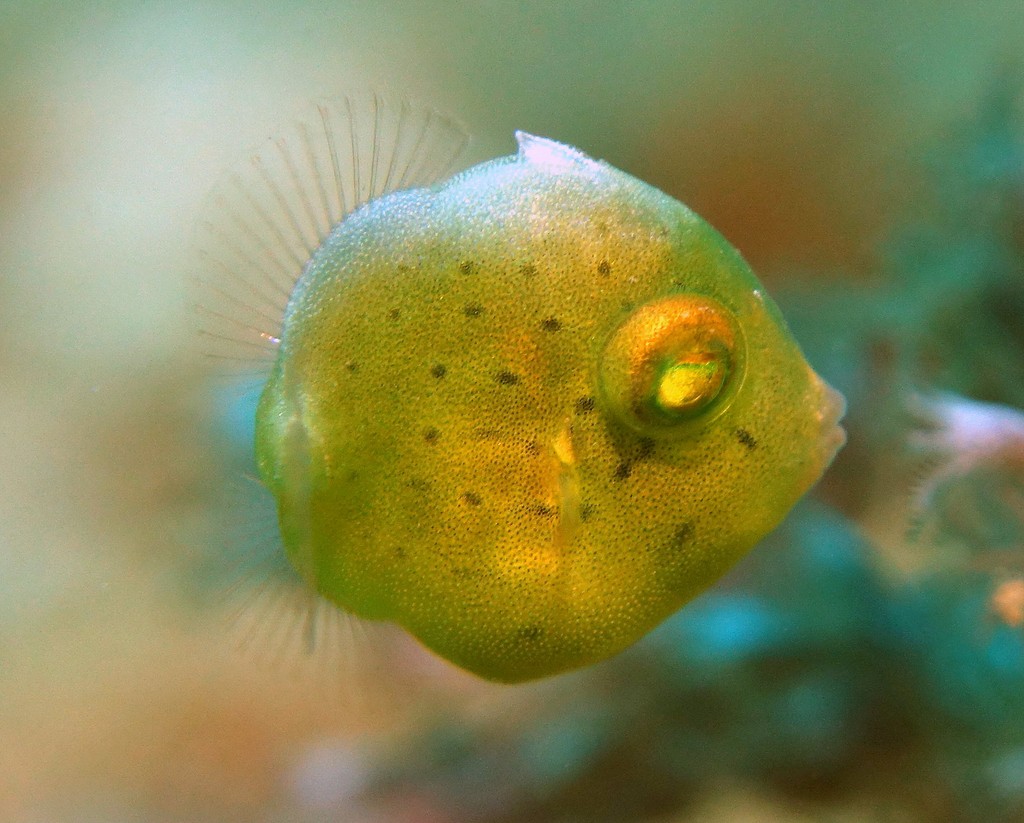 Color
Extremely variable. Usually green, brown or orange, but may also be yellow, pink, blue, purple, black, grey, or white; Head and body usually with black sometimes ocellated spots, spots increase in number and become smaller as the fish grows; Some individuals may lack spots, or may have short dashes forming lines on body; Dark stripes may also be present on the sides and head; Occasionally small white blotches form lines along the sides. Mature individuals have blue lines and spots usually following ventral profile of the head and body, a dark circular blotch is usually present on side just behind pectoral fin. Fins are greenish, although some mature individuals have a brilliant blue spots on the caudal fin.

Biology
Found in estuaries, coastal reefs and offshore islands. Omnivore.
Kawase (2005) studied the spawning behaviour of the Southern Pygmy Leatherjacket. He observed pre-spawning females repeatedly thrusting their snouts into the substrate where they would spawn, while the males exhibited courtship display and nuzzled the female’s face. The females and males then touched their abdomens in pairs and released gametes. Males reach sexual maturity at < 4 cm TL and females at < 3 cm TL. Fertilized eggs measure 0.74 mm in diameter and each clutch contains 50–191 eggs. Females may attach their eggs of algae found on the surface of seagrass leaves and other substrata.
This fish lack a small second dorsal-fin spine and, as a result, are unable to lock the first dorsal-fin spine in an upright position. They are poor swimmers, are very well-camouflaged and usually occur on sheltered reefs, amongst seagrasses or around jetties and piers. They are also able to greatly inflate their abdomens when threatened, thus increasing their body size.