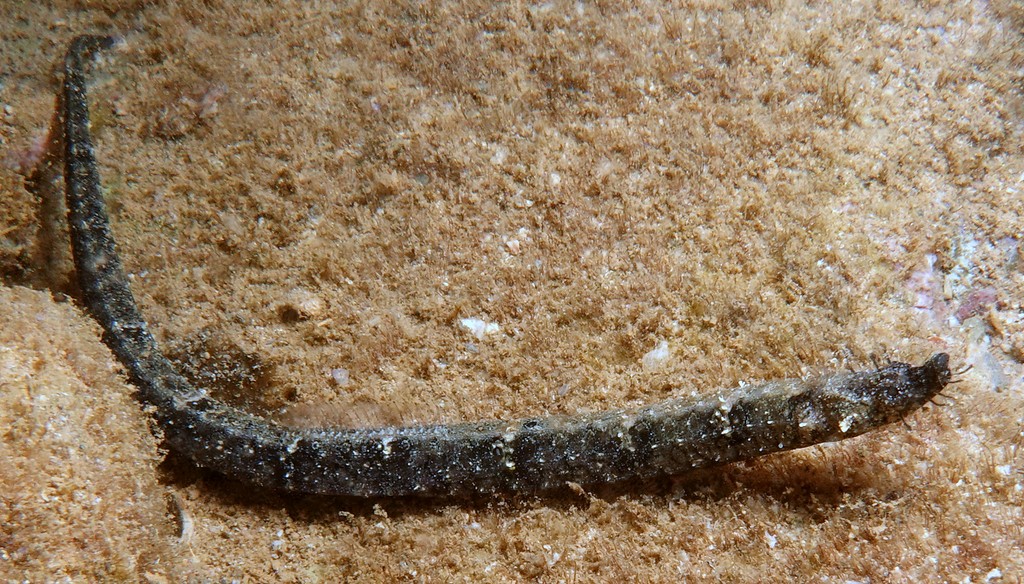 Color
Color varies from light tan to dark brown; Tip of snout usually pale; Evenly spaced pale bars on dorsum and upper part of side; Often with indications of dark bars on the underside of each trunk ring.

Biology
Inhabits  rich algal growth on coral and rocky reefs. Benthic species. Ovoviviparous. Eggs are brooded by males in a semi-exposed pouch under the trunk; Males may begin brooding at 9.4 cm SL. Brood size is likely to be around 120 eggs, and the larvae are morphologically similar to the adults at birth.