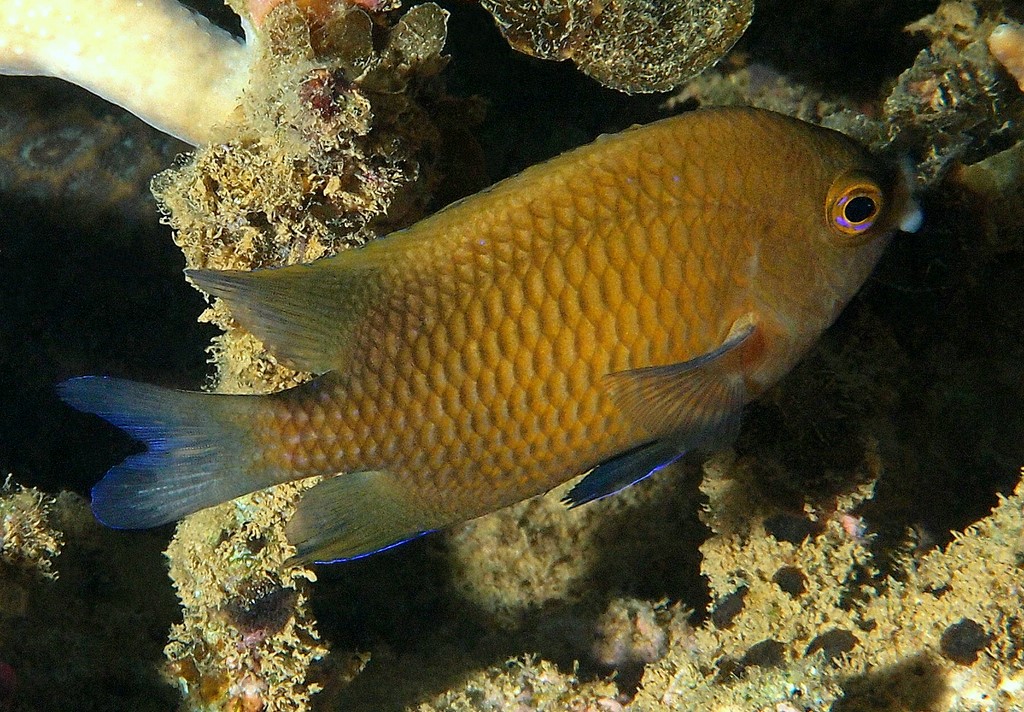 Color
Blackish brown in alcohol, lighter on chest and opercular bones. Usually a bluish white spot is present on the center of each scale in the row above the lateral line, and some scattered bluish white spots on each side of head and on anterior portion of body below lateral line. All the fins have a deeper color than the body has.

Biology
Found usually among beds of branching corals in shallow lagoon reefs, singly or in small groups. Feed primarily on the polyps of Acropora corals. Oviparous, distinct pairing during breeding. Eggs are demersal and adhere to the substrate. Males guard and aerate the eggs.