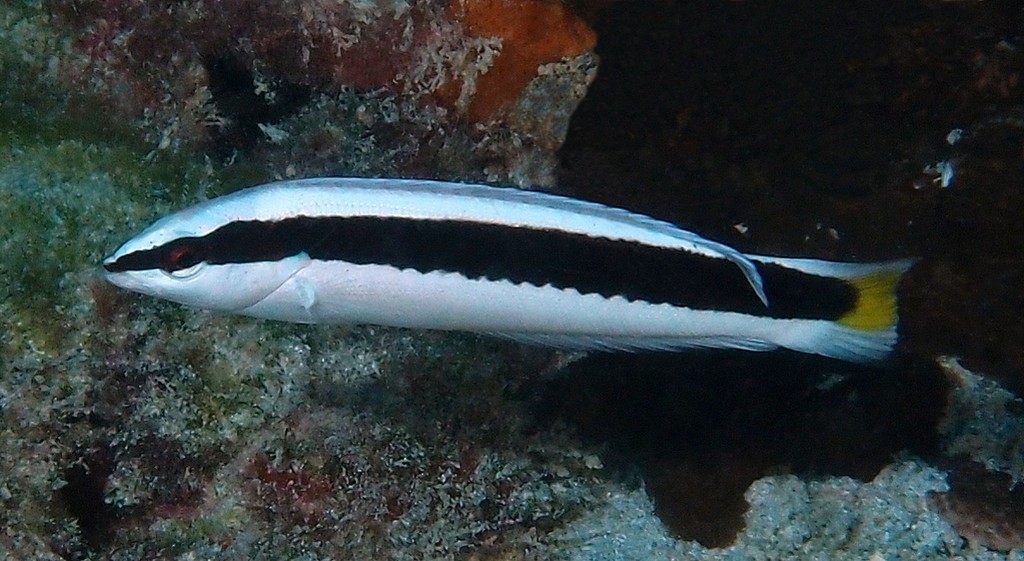 Color
Long white body with a prominent, wide, black stripe from its mouth across its eye along the body to the end of the tail. The lower margin of the stripe is wavy and comb-like. The portion of the stripe on the tail fin turns yellow during the breeding season. Also, a thin, red stripe runs along the top of the body from the mouth, along the base of the dorsal fin, for the fin's full length.
Etymology
Coris: from Greek, coris = summit, head. Name given to this genus by Philibert Commerson (1727-1773) for the fleshy hump developing on forehead of large males.
picta: from Latin, pingo = I paint, having been decorated, painted, portrayed. Described as having a cinnabar dorsal fin, a sky-blue back, and short transverse streaks on sides (the wavy or comb-like black stripe from snout through eye to caudal-fin base).
Original description: Labrus pictus Bloch & Schneider, 1801 - Type locality: New South Wales, Australia.