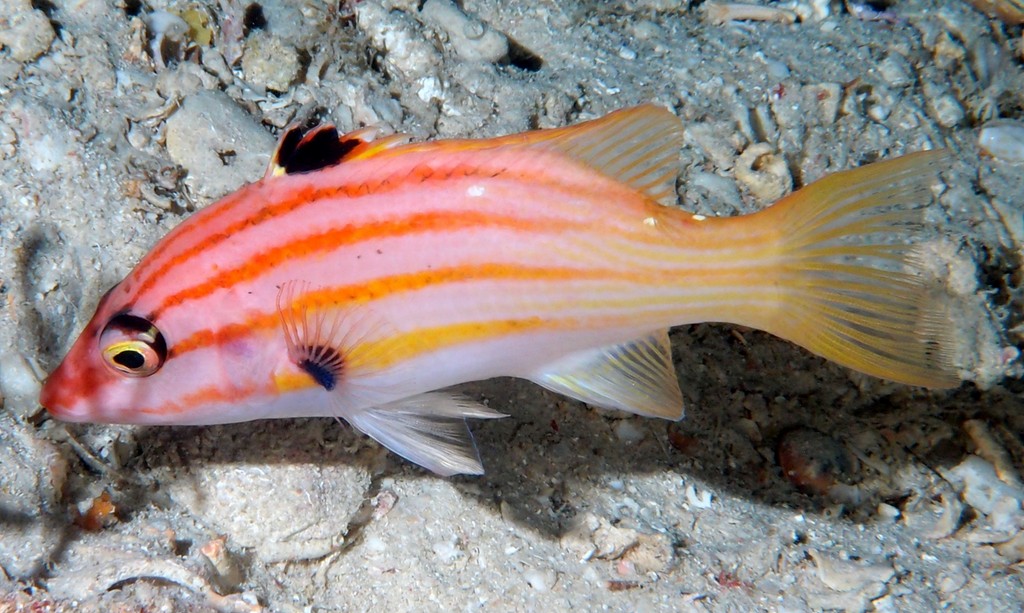 Etymology
Bodianus: after Bodiano or Pudiano, from the Portuguese pudor, meaning modesty (Jordan & Evermann, 1896).
paraleucosticticus: from Greek, para = near + from Greek, leukos = white + from Greek, stiktos = spotted. In reference to the close relationship between this species and Bodianus leucosticticus (Bennett, 1832).
Original description: Bodianus paraleucosticticus Gomon, 2006 - Type locality: Rarotonga, the most populous island of the Cook Islands.

Similar species
Bodianus leucosticticus (Bennett, 1832) - Reported from Indo-West Pacific: Réunion, Mauritius (western Mascarenes); Myanmar east to Indonesia and Taiwan, north to southern Japan. Bodianus paraleucosticticus differs from Bodianus leucosticticus in having a larger and more prominent black spot at the front of the dorsal fin, and a yellow rather than a red ventral stripe on the side, longer medial-fin spines, predorsal scales reaching forward on the dorsal midline of the head to about the centre of the eye and apparently reaching a smaller maximum size.