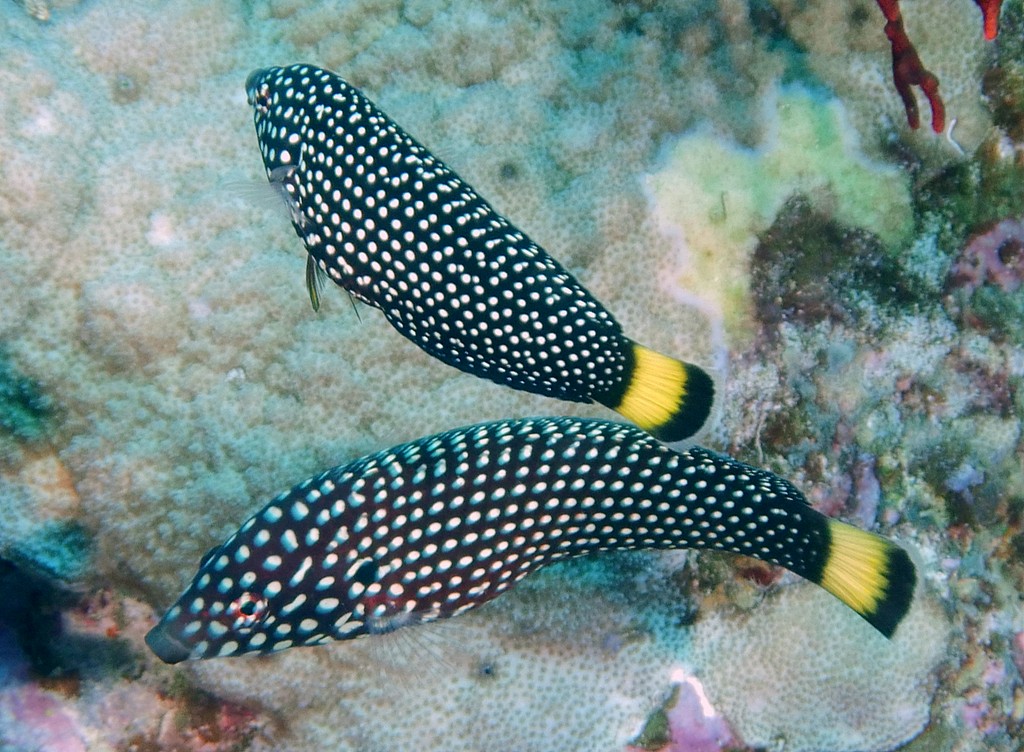 Color
Body color does not change much with age and gender of the fish, generally dark brown, with a white spot on each scale on the side of the body; White spots as large as pupils on the head; Yellow at the base of the tail fin, and a wide black back edge Band; A black round spot on the back edge of the operculum membrane.

Biology
Adults occur in seaward reefs. Also in deep coastal to outer reef slopes and drop-offs. Solitary or in pairs in the surge zone. They swim in small groups, each with several females and a single dominant male. Feed on small crustaceans, mollusks and polychaetes. Bury in sand at night. Oviparous, distinct pairing during breeding. Aquarium fish.