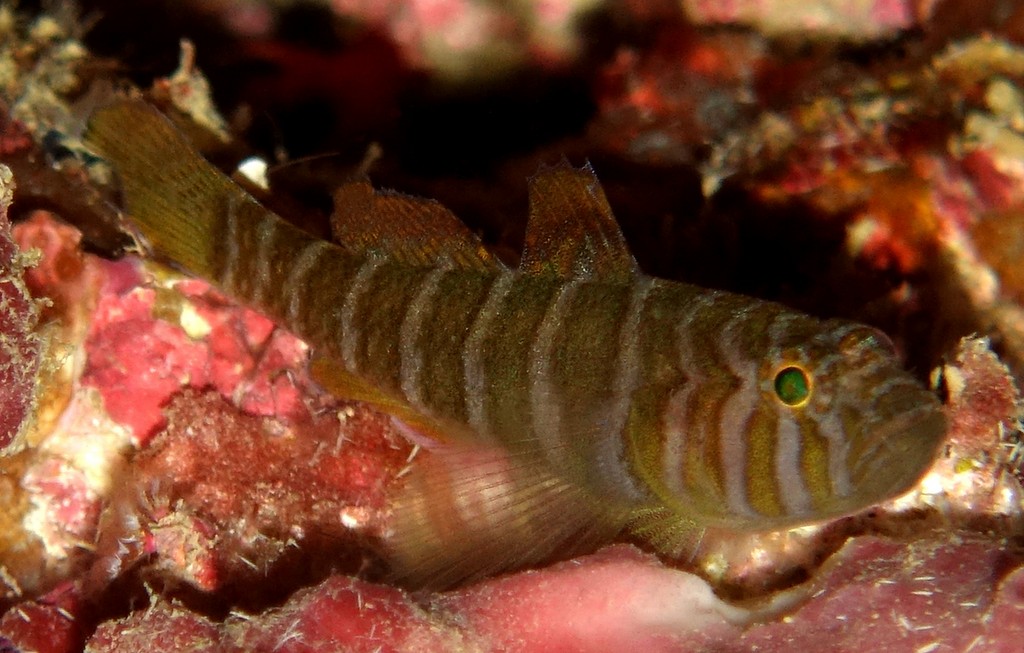 Color
Ground color whitish and crossed by vertical bars, which may vary from yellow-brown to dark brown, are usually lighter on head, and frequently have edges darker than centre. First bar anterior to eye; two bars through eye; one across posterior cheek; one across posterior opercle/pectoral base; seven across body (two across base of first dorsal fin, two and a half across base of second dorsal fin, two and a half on caudal peduncle); three vague bars formed of dark spots on caudal fin. Pelvic fins hyaline, other fins sprinkled with melanophores, chromatophores, and iridocytes. First dorsal fin usually with a dark black basal spot on membrane between first four spines.

Biology
Hides in caves and crevices, also among corals or rock. Benthic spawner. Bi-directional sex change was proposed for this species. Monogamous mating is observed as both obligate and social.