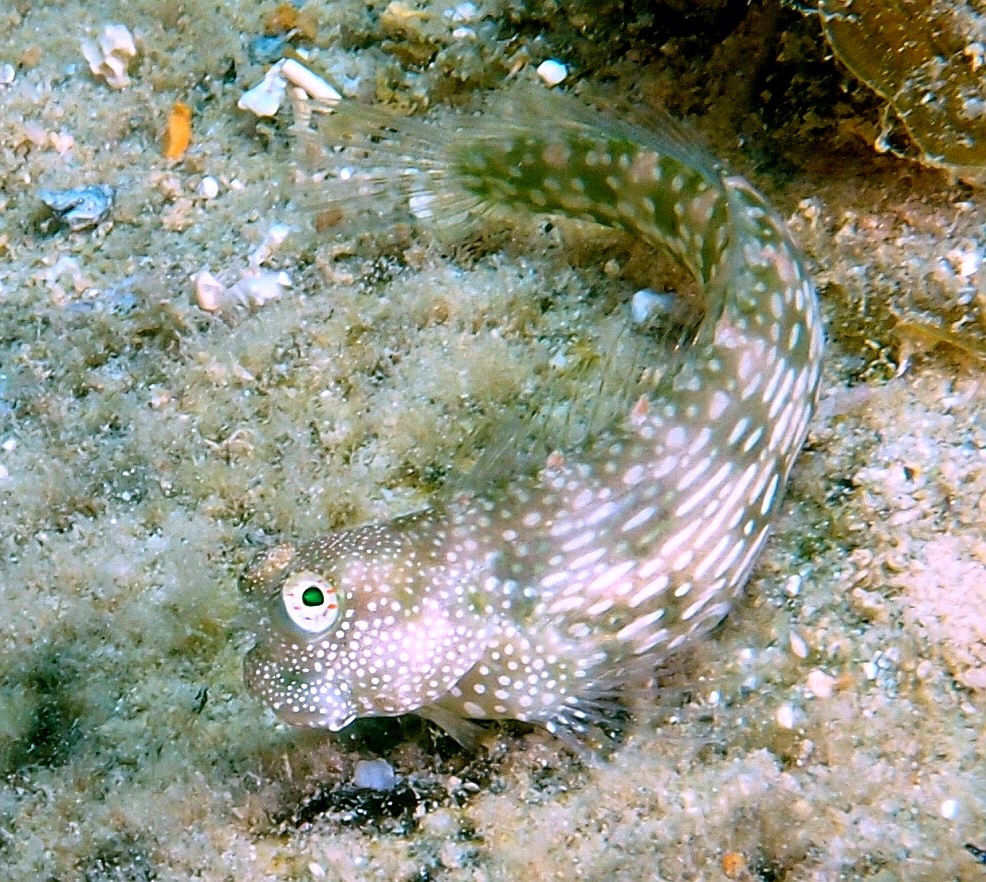 Biology
Adults are found in shallow lagoon reefs, on algal covered rocks and rubble. Oviparous. Eggs are demersal and adhesive, and are attached to the substrate via a filamentous, adhesive pad or pedestal. Larvae are planktonic, often found in shallow, coastal waters.
The Whitespotted Blenny lives in small family groups on top of prominant coral heads and bommies. They rest on the pectoral fins in between bouts of feeding and chasing each other around the territory. These fishes are mainly detritivores, combing small particles of organic material from the turf algae found inside the damselfish territories of Ward's Damsel and the Dusky Gregory, which typically farm algae on the tops of the bommies favoured by the blenny. When the males are breeding they indulge is vigorous displays which included much bobbing and flashing of the colourful throat patches.