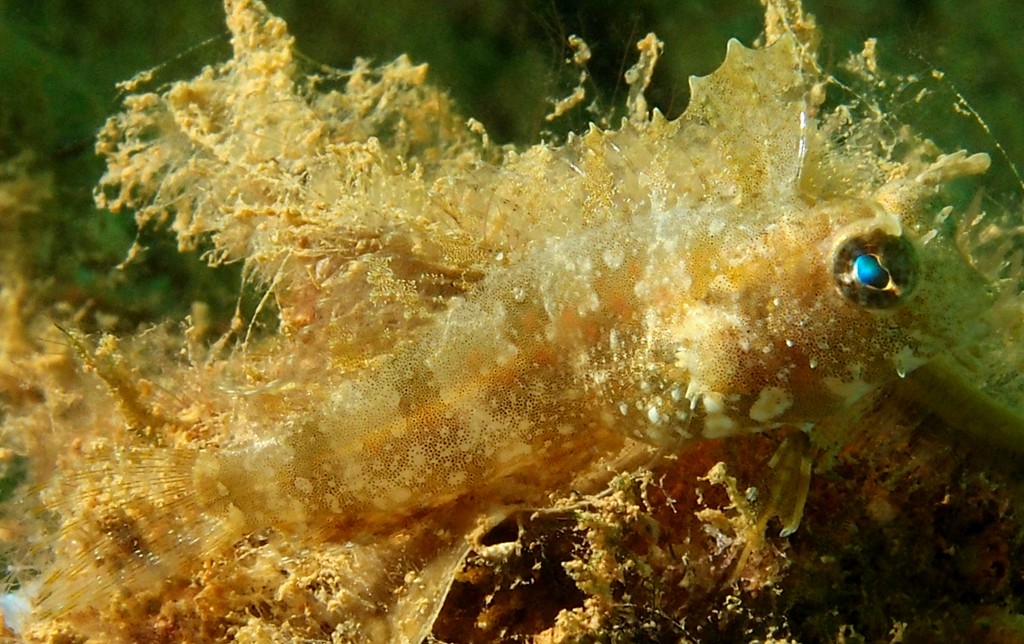 Etymology
Petroscirtes: from Ancient Greek, pétra = stone, rock + from Greek, skirteo = to jump. Referring to Rüppell’s claim that Petroscirte mitratus was seen jumping between rocks out of the water hunting for small amphipods; However, since Petroscirte mitratus is not amphibious, Rüppell may have confused it with Alticus saliens, observing both blennies at Jubal Island (Egypt, Red Sea) and thinking they were conspecific.
mitratus: from Latin = wearing the mitre. The mitre, also spelled miter, is a type of headgear now known as the traditional, ceremonial head-dress of bishops and certain abbots in the Roman Catholic Church, as well as in the Anglican Communion, some Lutheran churches, and also bishops and certain other clergy in the Eastern Orthodox churches, Eastern Catholic Churches and the Oriental Orthodox Churches.
Original description: Petroscirtes mitratus Rüppell, 1830 - Type locality: Jubal Island, Egypt, Red Sea.

Biology
Adults are found solitary or in small groups in shallow protected lagoons and reef flats with algal and seagrass clumps. Juveniles often in floating Sargassum weeds and maybe dispersed over great distances. They swim with the tail oriented vertically. Oviparous, distinct pairing. Eggs are demersal and adhesive, and are attached to the substrate via a filamentous, adhesive pad or pedestal. Empty mollusk shells are used for nesting. Larvae are planktonic, often found in shallow, coastal water. Captured at the surface using a hand net. This species is collected for the aquarium trade.