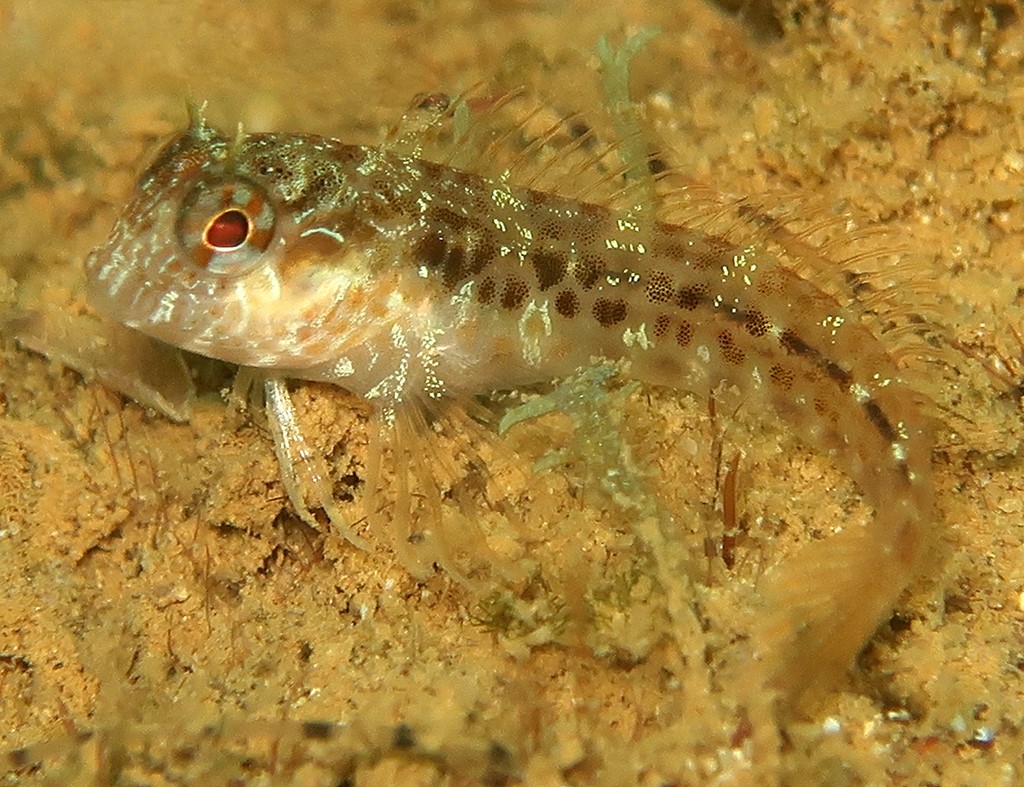 Color
Pale greenish yellow, with 12 black spots arranged in pairs below and upon the base of the dorsal fin; Sides with numerous black spots irregularly distributed, but giving a general impression, in conjunction with the dorsal series, of vertical rows of paired spots; A few smaller spots on the sides of the abdomen and an obscure series of five along the base of the anal. Head with a few spots on the opercles and branchiostegals, and a pair of angular bars across the lower surface; Orbital cirrus black, tipped with white. A black spot between the two anterior dorsal spines and an obscure median series on the spinous portion; other fins immaculate.

Biology
Adults are found in estuaries to coastal bays, often on jetty pylons. It can also be found over both dead and live coral. Feeds on a mixed diet of algae and invertebrates. Oviparous, distinct pairing. Eggs are demersal and adhesive, and are attached to the substrate via a filamentous, adhesive pad or pedestal. Larvae are planktonic, often found in shallow, coastal waters.